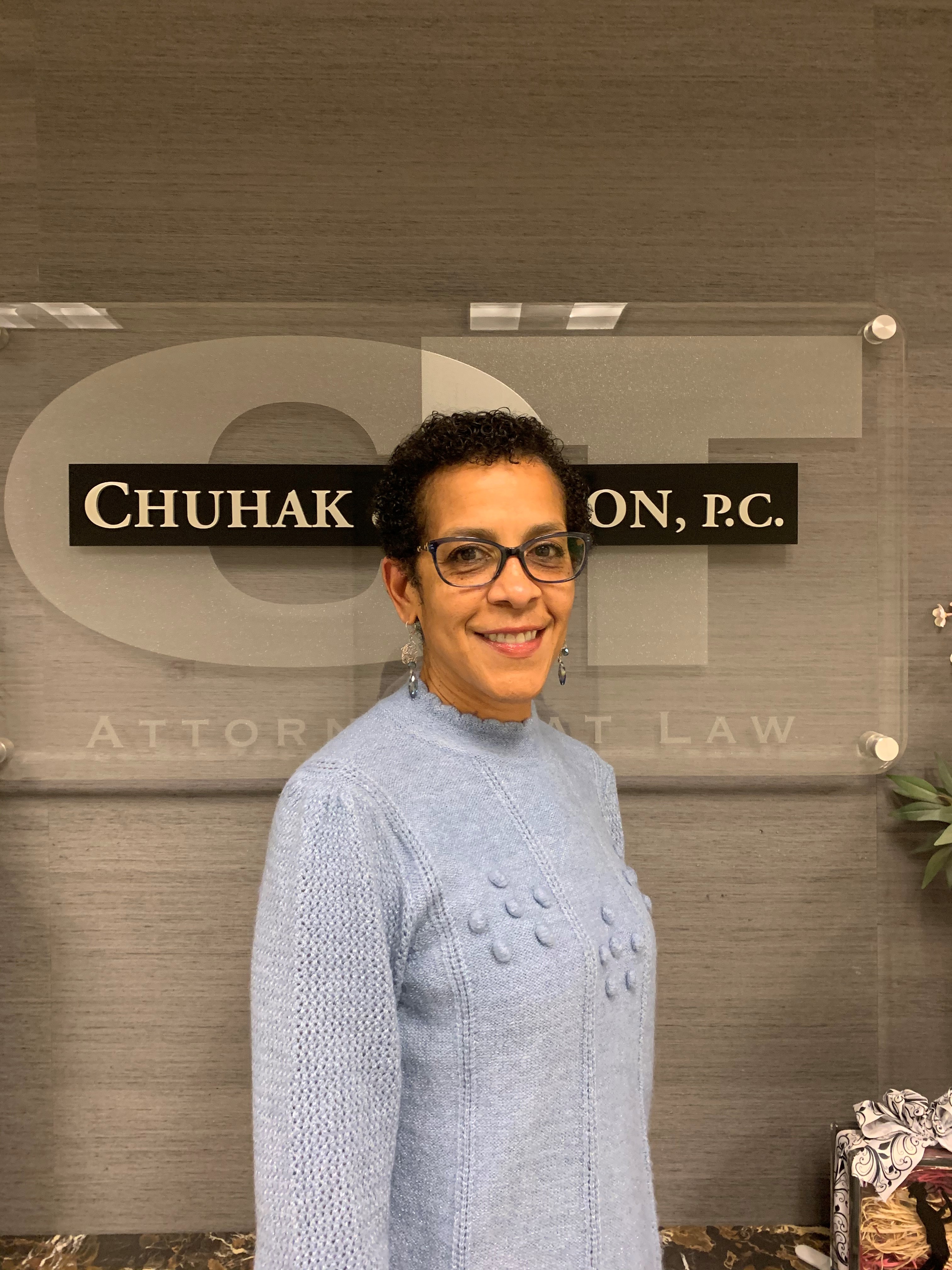 For JoAnna Armstrong, destiny works in mysterious ways. Years ago, she was employed by a law firm at CME Center in Chicago. Then, life moved on and brought her other challenges which she pursued. Fast forward to 2012 and she was back again—working in the same exact space—only this time as a legal assistant with Chuhak & Tecson, which has occupied the space since 2001.

“I couldn’t believe the chance of it all,” JoAnna said. “I loved my previous job and its location, so the opportunity to stay in a familiar environment while making new connections was too good to pass up.”

In addition to her time at other law firms, JoAnna has a magnitude of experience in other legal settings, counting among them as an administrative assistant in the public defender’s office in Kankakee and as the executive assistant to a former mayor of Kankakee.

After four years with Chuhak & Tecson, and looking for new challenges that would support the firm as a whole, in 2016 JoAnna joined Chuhak & Tecson’s newly formed Diversity & Inclusion Council. She saw a great opportunity to learn about other cultures and experiences while simultaneously offering her own insight. Being of Greek nationality/multi-ethnicities, as well as her continuous endeavor to learn Spanish and sign language, she brought a unique perspective to the group. Early on, she was impressed by the Council’s commitment to promote acceptance in the workplace and to advance a culture where everyone is encouraged to succeed in ways that are significant for them.

JoAnna’s talents do not begin and end in the workplace; rather, they provide an opportunity for employees throughout the firm to get to know her better—in ways they might not have otherwise. In addition to spending time outdoors, cooking and home improvement, JoAnna also considers herself “gifted in creativity.” Over 50 years ago, her YiaYia (grandma in Greek) taught her how to crochet and she has stuck with it ever since, even to the point of picking up crochet wire jewelry in recent years and making beautiful and unique pieces that adorn her outfits and have become regular conversation starters when employees gather in the kitchens to jump-start their mornings. In every new endeavor JoAnna takes on, she is sure to adhere to her YiaYia’s advice, “Always love yourself for who you are and make your hands work like you have 20!”

In early 2019, JoAnna was asked if she would try to paint a painting. With her skills swiftly progressing as a self-taught artist, she has just been featured in the 9th Annual “All Women” Art Exhibition for LightSpaceTime.Art where new and emerging artists successfully market their art to a worldwide audience. The contest took submissions from over 1,000 applicants from 34 states and 35 countries, and the winners earned the opportunity to be featured in the organization’s online gallery. JoAnna’s winning painting is entitled Brocci’s Feather after an abused macaw she adopted named Brocci. Brocci’s Feather is also the name of JoAnna’s painting business, taking inspiration from an idea to use one of Brocci’s feathers to create all of her paintings.

“To me, painting is about discovering my passions and sharing life’s journey,” JoAnna said. “My artwork is how I see and cherish life and when I paint I find myself lost in the moment. My abstract works are inspired and created by what colors ‘I feel,’ embracing my gift of creativity.”

With innate compassion and a love for life, JoAnna welcomes the diversity in both herself and others, following her mantra that she has kept for many years, “Everyone is the same kind of different as me.”

At Chuhak & Tecson, JoAnna has been able to interact and create bonds with people from all walks of life, but two relationships in particular really touch her heart. The first is a client who is non-speaking and hearing impaired, meaning they can only communicate via sign language or an interpreter. Due to her knowledge of American Sign Language, JoAnna was able to have conversations with the client on a personal level to the point of developing a friendship. Now, JoAnna and the client speak at least twice a month with the help of an interpreter. Another relationship she values is one she developed with an artist who is blind, who she met through an attorney. JoAnna was enthralled by a piece of art she saw in the attorney’s office, so the attorney put the two in touch. Since their first meeting they have developed a friendship that they both value deeply.

JoAnna cherishes being able to travel, counting Honduras as one of her favorite locations, so far. This summer—and it has been a long time coming—JoAnna will be spending some quality time in Greece to visit and tour a part of her heritage.