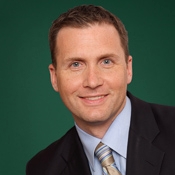 Ryan Haas draws on his additional experience as a college professor to make complex concepts accessible to his clients, and works closely with them to devise strategies that make their goals a reality.

Ryan represents clients in front of the Equal Employment Opportunity Commission (EEOC), the Illinois Human Rights Commission and the Illinois Department of Labor. He has also represented federal employees pursuing claims of race, gender, age and disability discrimination and retaliation before the EEOC and the Merit Systems Protection Board.

Working with Chicago Interfaith Worker Justice organization, Ryan has provided pro bono services to individuals facing wage and employment issues from diverse immigrant communities. From 2003 to 2011, Ryan served as an adjunct lecturer of philosophy at Columbia College Chicago where he taught courses on legal and political philosophy and a course on philosophical issues in film.

Ryan received his law degree from Loyola University Chicago School of Law where he was an editor on the Loyola Law Journal and the student articles editor on the Loyola Consumer Law Review. Prior to law school, he received a master’s degree in philosophy, with a concentration in philosophy of law, from California State University, San Francisco. He received a bachelor’s degree in political science from American University in Washington, D.C., where he spent a year abroad in Vienna, Austria, learning German and interning for the United Nations. Ryan speaks and publishes articles on issues in employment law and other areas of commercial law.

Ryan has previously served as a member of Chuhak & Tecson's Litigation, Quality and Marketing Committees. He currently serves as the firm’s General Counsel.