This select group of distinguished leaders were chosen due to their ability to effect change in either their roles or practices, service as a role model or mentor to other professionals while promoting inclusive practices in the work place, and engagement in professional organizations, community or civic service initiatives.

Connell’s career journey began as a Chicago police officer where he served for 10 years. He eventually earned his law degree in 2006, joined Chuhak & Tecson as an associate in 2009, and since rising to principal in 2012, Connell has served on many of the firm’s committees, eventually being named the inaugural chair of the firm’s Diversity & Inclusion Council in 2014. Chosen as the leader of the Banking group in 2019, Cisco now serves as one of four practice group leaders that work closely with the firm’s Executive Committee in planning and executing the firm’s goals.

“Cisco is highly respected throughout our firm, particularly known for his dedication and energy for helping any attorney in need of support with a client issue,” said Mitchell Weinstein, president of Chuhak & Tecson. “In addition to managing his own successful practice, as leader of our Banking group Cisco oversees offices in Chicago and New York that serve local, national and international lender clients. This is all the more impressive when you know that he came to our firm as an associate just 11 short years ago. We are especially proud of the way he exemplifies our firm’s culture, as every day he mentors attorneys who are in the beginning stages of their own careers—just as he was in 2009.”

Connell focuses his practice on transactional matters and litigation for commercial and banking clients. He advises small and midsized businesses on a variety of legal issues, including entity formation, real estate acquisitions and leases, intellectual property and contracts. Connell also represents lenders in bankruptcy, creditors’ rights cases and complex commercial workouts, and can often be found in court advocating on behalf of his clients. Recognizing that litigation can be a costly endeavor, he takes a cost/benefit analysis into consideration for each client and makes it a point to set realistic expectations throughout the legal process. 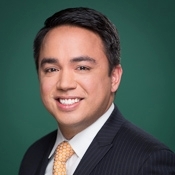