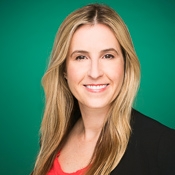 Chuhak & Tecson, P.C., Principal Kristen Hudson has been selected as the recipient of the 2016 Alta May Hulett Award.

Named for the first woman lawyer in Illinois, this award is presented annually by the Chicago Bar Association’s Alliance for Women. The award honors one outstanding woman lawyer who has significantly contributed to the advancement of women in the legal profession or other areas, and whose career exemplifies the highest level of professional achievement, ethics and excellence.

Hudson will receive the award at a ceremony in May.

“I am honored to receive this award and join the ranks of the women who have won in the past,” Hudson said. “Helping women further their careers is something I believe is really important, inside and outside of the legal profession.”

Hudson actively promotes this belief through her involvement in the Coalition of Women’s Initiative in Law, where she is a board member and co-chair of the organization’s Community Outreach Committee. She works to bring recognition to deserving women attorneys and educate law students on the coalition, its resources and mission. She also mentors women associates and champions the success of women colleagues as a member of the Women in Insurance Subcommittee of the American Bar Association’s Insurance Coverage Litigation Committee and is a longtime volunteer and current board president at Chicago Volunteer Legal Services.

As a principal in complex commercial litigation, Hudson has won several high-stakes legal challenges in courtrooms across the nation. She also focuses on maximizing the recovery of insurance proceeds for her policyholder clients and is knowledgeable about commercial insurance policies of all kinds. Because of this and her recent successes, she is respected by fellow attorneys inside and outside of Chuhak & Tecson–one of them being Lindsey Paige Markus, a principal at the firm and one of the attorneys who nominated Hudson for this award.

“Kristen is an exemplary role model for all women attorneys,” Markus said. “In all that Kristen does to promote her own career objectives and business development goals, she always remembers to reach back and give a hand to those women who are coming up behind her, ensuring that they have the tools and networks they need to succeed.”

Hudson has received numerous other accolades for her legal work including being named one of “40 Illinois Attorneys Under Forty to Watch” by Law Bulletin Publishing Company. In 2015, she was selected as an “Emerging Lawyer,” a distinction earned by only two percent of all lawyers licensed to practice law in the state, and she has received the “Illinois Rising Star” designation for eight consecutive years.

The Alliance for Women works within The Chicago Bar Association to advance interests of women in the legal profession and the larger community. Through speaker forums, debates, meetings, networking events and direct community service, the alliance brings together the talents of its diverse membership to implement strategies that effect change.