Miriam “Mimi” Stein, a principal at Chuhak & Tecson, P.C. who serves as the Chapter 7 bankruptcy trustee for Johnson Publishing Company, LLC, recently spearheaded the successful auction of the company’s historical media and photography archive. The irreplaceable and expansive trove of over four million images and thousands of hours of video footage documenting African-American history since 1945 was sold in July for $30 million to a consortium of foundations that have pledged to donate the archive to the Smithsonian National Museum of African American History and Culture, the Getty Research Institute, and other leading cultural and research institutions.

An experienced trustee who has overseen the liquidation of hundreds of millions of dollars in assets, Stein says that this auction presented distinct challenges and implicated concerns that went far beyond maximizing recovery for creditors.

“The cultural significance of the collection, both to the African-American community and the City of Chicago, as well as the critical importance of ensuring its preservation and accessibility, were always front and center throughout the process,” Stein says. “As a trustee, selling the archive for an amount that exceeded expectations was a fantastic result. As a lifelong Chicagoan, selling it to buyers who appreciate its incalculable historical and educational value was profoundly gratifying.”

Johnson Publishing, which owned the trailblazing Ebony and Jet magazines and published them from its Chicago headquarters for over 75 years, filed for bankruptcy on April 9, 2019. The U.S. Bankruptcy Court for the Northern District of Illinois appointed Stein as trustee shortly thereafter.

Stein says that assembling qualified buyers who would also respect the archive’s intangible significance was not the only challenge involved in the process.

“We had to complete this endeavor in an extremely compressed time frame,” she notes. “The collection was, shockingly, uninsured and maintained in multiple locations. The court recognized how precious these assets are and the urgency of securing them as quickly as possible and charged the estate with getting this done by the end of July, which I’m proud to say we did.”

Chuhak & Tecson’s Stein led, managed and was the voice of Johnson Publishing from the onset of the company’s bankruptcy proceedings. Working with auctioneering firm Hilco Streambank, she completed the auction before the court-ordered deadline and did so in a way worthy of the collection’s contents, which includes iconic images and footage that document the African-American experience from the dawn of the civil rights era through the presidency of Barack Obama.

Listen to Mimi Stein speak to WGN Radio about this successful auction. 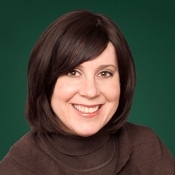