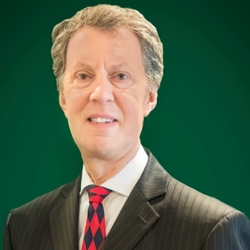 U.S. District Court for the Eastern District of New York (1982)

U.S. District Court for the Southern District of New York (1982)

U.S. District Court for the Northern District of New York (1998)

For over 35 years, Michael Moskowitz has provided sound counsel and skillful representation in a practice focused on debtor's rights and creditor’s remedies in business and individual reorganization and liquidation cases. Many of Michael’s clients, including some of the largest banks and credit unions in the United States, have put their trust in him for many years. Taking great pride in the close and decades-spanning relationships he maintains with those he has the privilege to represent, Michael believes that accessibility, responsiveness, transparency and honesty are the cornerstones of a lasting and successful attorney-client relationship.

Michael has been focused on bankruptcy law since before he was admitted to practice, serving as a legal intern to the Honorable Roy Babitt, United States Bankruptcy Judge. He was also contributing editor for the Bankruptcy Lawyers Bar Association Bulletin and was a member of the subcommittee that formulated local bankruptcy rules for the United State Bankruptcy Court for the Eastern District of New York.

Three decades on, Michael’s enthusiasm and commitment to serving his clients hasn’t waned. Outside of the office, he is equally enthused about spending time with his family and playing golf and tennis.