Chuhak & Tecson, P.C. principal Kevin M. Coyne will introduce Senator John Curran and provide opening remarks to the Naperville Area Leaders Network (NALN) at 7 p.m. Monday, February 11, at Aurelio’s Pizza in Naperville. Senator Curran will reveal the latest news from Springfield, followed with an economic development update from Naperville’s planning and zoning commissioner Bruce Hanson. The third speaker is CEO and president of the Alive Teen Center Kandice Henning who will give insights regarding the center and the Naperville community. Candidates for the Naperville area local offices are encouraged to attend, distribute campaign literature and will be allowed a one- to two-minute presentation to the group. The cost for the event is $15 and includes pizza and soda. The entry fee will be waived for all Naperville Jaycees and members of the Naperville Area Chamber of Commerce’s Young Professionals Network. For more information about NALN and the event, click here.

Coyne leads the 18-attorney Real Estate Practice Group at Chuhak & Tecson. He represents national franchises, restaurants, bars and professional practices and has substantial experience negotiating office, retail and industrial leases on the national and local levels for landlords and tenants. Priding himself on the personal attention he brings to every transaction, Coyne crafts meticulous documentation tailored to align with the client’s present and future business needs and goals. Serving on the City of Naperville’s City Council has given him a unique perspective and constructive insight for clients facing municipal issues in Chicagoland. 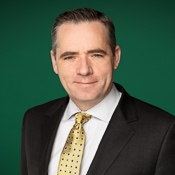