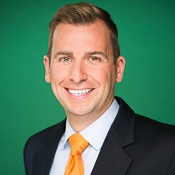 United States District Court for the Northern District of Illinois (2011)

United States Court of Appeals for the Ninth Circuit (2013)

United States District Court for the Central District of Illinois (2014)

United States Court of Appeals for the Seventh Circuit (2017)

Prior to nearly 10 years of practice as an attorney, Mike Debre was a senior vice president of a Chicago commercial bank. Mike started his banking career as a loan officer, originating transactions involving the acquisition and refinancing of all types of real estate and notes secured by equipment, vehicles, accounts receivable and securities. Later, Mike managed the bank’s diverse loan portfolio and real estate holdings. As a result, he is particularly attuned to the reporting requirements imposed on banks and also has a strong grasp on the pressures facing lenders in this demanding business and regulatory environment.

Mike represents financial institutions on a nationwide basis in matters involving loan enforcement, insolvency, fraud, breach of contract, replevin, conversion, mortgage foreclosures and appeals. He also represents business owners on a variety litigation matters, including those involving construction liability and other commercial disputes. Accurately assessing risks and costs, while providing thoughtful analysis and advice, are the hallmarks of Mike’s service to his clients.

Despite his legal career encompassing a relatively short period of time, Mike has attained remarkable courtroom successes, which have contributed to his recent appointment of Special Assistant Attorney General to represent the Illinois State Treasurer in various matters.

Mike's advocacy on behalf of his clients includes the following outcomes:

Mike’s service extends to the community where he volunteers his time to several organizations, including the Chicago-Kent Alumni Association where he mentors current students and recent graduates. At Marist High School, he is an instructor for the Moot Court Club.

In addition to his thriving career, Mike’s life centers around his wife, two young kids and dog. He is also an exercise enthusiast, backcountry hiker, avid traveler and roadtripper, and thin crust pizza lover.