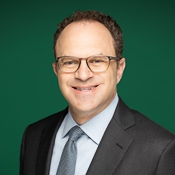 Mark Altschul focuses his practice on complex commercial disputes including those involving breach of contract, breach of fiduciary duty, tax controversy issues and trade secret disputes. As a diligent, dedicated and a trusted advisor, Mark also frequently counsels clients with their business strategies.

Mark regularly appears in federal and state courts and before arbitrators to obtain the most efficient manner of resolution and develops legal strategies that incorporate his client’s unique business objectives.

Mark served on the Planning Committee for the Seventh Circuit Bar Association’s 2018 annual meeting, and he is a board member for the Boys and Girls Club of Lake County, Illinois.