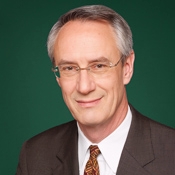 U.S. District Court for the Eastern District of Wisconsin (2019)

Daniel Fumagalli, a Principal with Chuhak & Tecson, is a commercial litigator with extensive trial and appellate experience in federal and Illinois state courts.

Dan represents a diverse group of clients, including individuals, corporations, family-owned and other closely held businesses. During his years of practice Dan has pursued and defended claims on behalf of his clients across a broad range of practice areas.

A member of Chuhak & Tecson’s Employment Law Group, Dan represents employers and employees in employment matters involving restrictive covenants, workplace discrimination suits and claims before the EEOC. He also counsels employers in compensation and benefits actions, including ERISA claims and overtime and minimum wage issues under the FLSA. Dan advises employers on workplace policies and procedures as well as drafting and reviewing employee handbooks. He has also been a speaker at firm-sponsored seminars and presentations regarding employment law issues, including race and age discrimination.

Dan has extensive experience with all phases of litigation as well as arbitration and mediation matters. He has trial experience before state and federal courts. He is a member of the Federal Trial Bar for the Northern District of Illinois court and has handled appeals on the federal level to the Seventh Circuit and Federal Circuit and on the state level before the Illinois appellate courts and the Illinois Supreme Court. Throughout the firm, Dan is highly regarded as an appellate litigator.

Dan’s practice has also grown significantly in trademark and intellectual property law, where he counsels individuals and businesses in the development, registration and defense of trademarks.

Dan is passionate about his volunteer work. In April 2007, Dan received the Award for Excellence in Pro Bono Service from the U.S. District Court for the Northern District of Illinois and the Chicago Chapter of the Federal Bar Association for his work pursuing a race discrimination claim on behalf of an indigent client. More recently he joined the eight-member Advisory Commission on Disabilities in his hometown of Naperville. He finds the challenge of planning and developing better ways to serve those with limited mobility a very rewarding pursuit.

Dan has served on Chuhak & Tecson's Finance and Professional Education Committees and as an Ombudsperson.