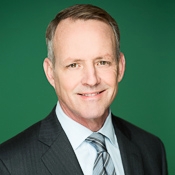 U,S District Court for the District of Columbia

Steve Wood is a Principal who co-leads Chuhak & Tecson's Litigation practice group with nearly 30 years of experience litigating and trying cases of significant complexity and exposure, many against some of the largest firms in the country. He has represented clients in courts across the country and has tried cases in state and federal courts from New Jersey to California. Steve has argued several appeals and has been involved on the brief in numerous other appellate proceedings. He appears as counsel of record in several reported decisions.

Steve’s experience in complex civil litigation spans a wide range of substantive areas including breach of contract, the Uniform Commercial Code, Lanham Act, employment torts and contracts, unfair competition and antitrust, among others. His practice also has emphasized the defense of manufacturers in toxic substances, products liability and mass tort cases. Most recently, Steve has specialized in defending cases brought under the False Claims Act and otherwise representing clients in government enforcement proceedings. Steve’s clients span a diverse range of industries, including aerospace, energy, communications, medical devices, and pharmaceuticals. He is a frequent speaker on litigation matters and trial techniques.

Steve is a former captain in the U.S. Marine Corps, having served on active duty as an AV-8 Harrier pilot and training command flight instructor.